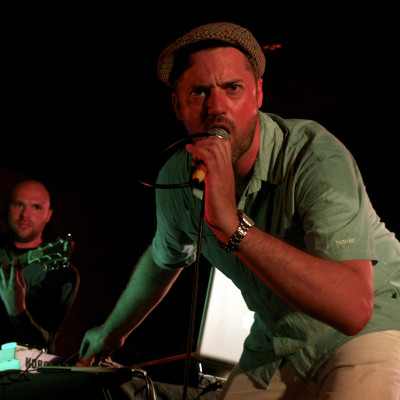 Anthropoetry was the debut show from spoken word and electronic music duo Mellor & Steele. A musical, poetic journey around the human anatomy, infused with hip-hop, science and comedy, Anthropoetry was a heady blend of spoken word, synths, guitar, rap, beatbox and live-looping that premiered at the Edinburgh Fringe in 2012 to critical acclaim. 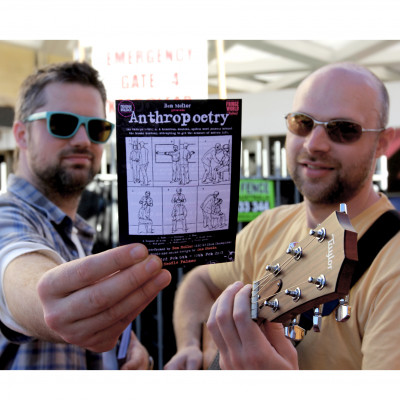 The show then toured to the Perth and Adelaide Fringe Festivals in 2013, where it picked up a Performance Award and a Fringe Weekly Award respectively. The tour was supported by an Artist's International Development Fund grant from Arts Council England and the British Council. Anthropoetry returned to the Edinburgh Fringe for a second run in 2013, before going on to tour nationally in 2014 funded by ACE.

‘Has the hallmarks of a Fringe classic.' Rip It Up, Adelaide

A studio version of Anthropoetry is available to download at Ben's Bandcamp page. It's also available to buy on CD (for fans of obsolete media formats) and a printed version of the script and poems is available in paperback (currently awaiting reprint) and e-book from Flapjack Press.