Prelude to a Number 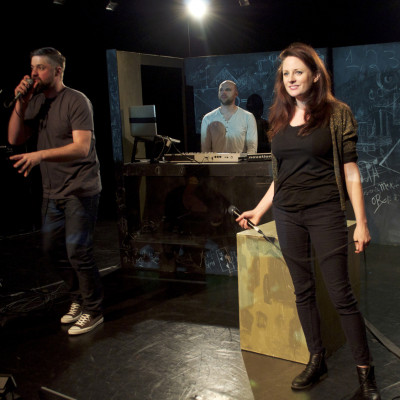 ‘A maths teacher wonders about the divine proportions of a drum break that beats through the rhythms of his life; A woman sings of how her faith in God was replaced by a number; A musician gives voice to a pattern found in sunflowers, buildings and galaxies.'

Combining spoken word, story-telling, live-looped electronic and acoustic music and visual projections, Prelude to a Number was the debut theatre piece from band-slash-theatre company, Geddes Loom, inspired by the strange and beautiful qualities of phi – the golden ratio. 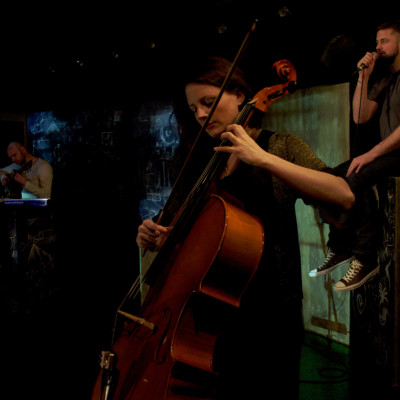 Somewhere between a band and a theatre company, the group was founded by Ben, singer, writer and cellist Léonie Higgins and guitarist and all-round purveyor of technology Dan Steele. 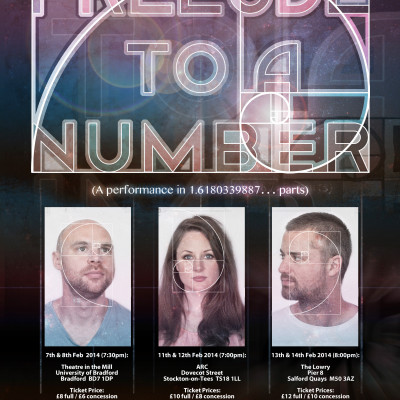 Prelude to a Number was commissioned in 2013 by Routes North with support from ACE and performed in Bradford (Theatre in the Mill), Salford (The Lowry) and Stockton (ARC).

It was subsequently selected for Northern Stage's Edinburgh Fringe programme 2014 and was performed at Z-Arts, Manchester as part of that year's Manchester Science Festival.

Prelude was directed by Leo Kay and produced by David Morgan of 53° North, with stage design by Florence McHugh, lighting design by Mark Distin and artwork and live projection-mapping by Sumit Sarkar.