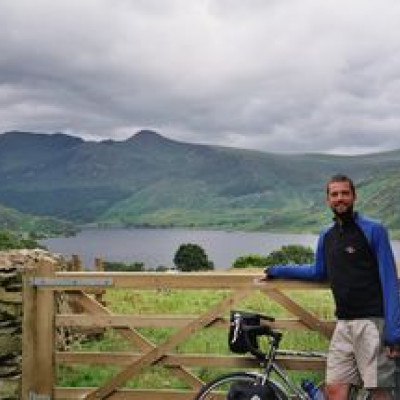 In 2005 with support from Unltd, the foundation for social entrepreneurs, Ben spent three months cycling nearly 2,500 miles across England, Scotland and Wales. He met, stayed and travelled with artists, activists and campaigners at eco-communities, environmental centres and sites of protest across the country.

The following year, Ben was awarded a six-month residency at Contact, where he began to develop Voices of Dissent. The piece was subsequently re-developed in 2008, directed by Leo Kay, with performances in Manchester, Kendal and Norwich.

With lighting powered by a bicycle on stage, Voices of Dissent was an anarchic multi-character piece combining spoken word, dramatic monologue, movement, music and renewable energy.

The piece told the story of Tali – an ancient trickster god from a forgotten pantheon who ‘in the beginning’ stole fire and gave it to humanity. For his crime, Tali was exiled to live an immortal life on earth, experiencing human pain and hunger forever.

But when the gods began to over-heat, they commanded Tali to steal fire back from the humans. Realising the impossibility of his task, Tali set out to try and prove to the gods that humans are worthy of the gift of fire, intervening in the lives of a host of characters to make them act more responsibly.